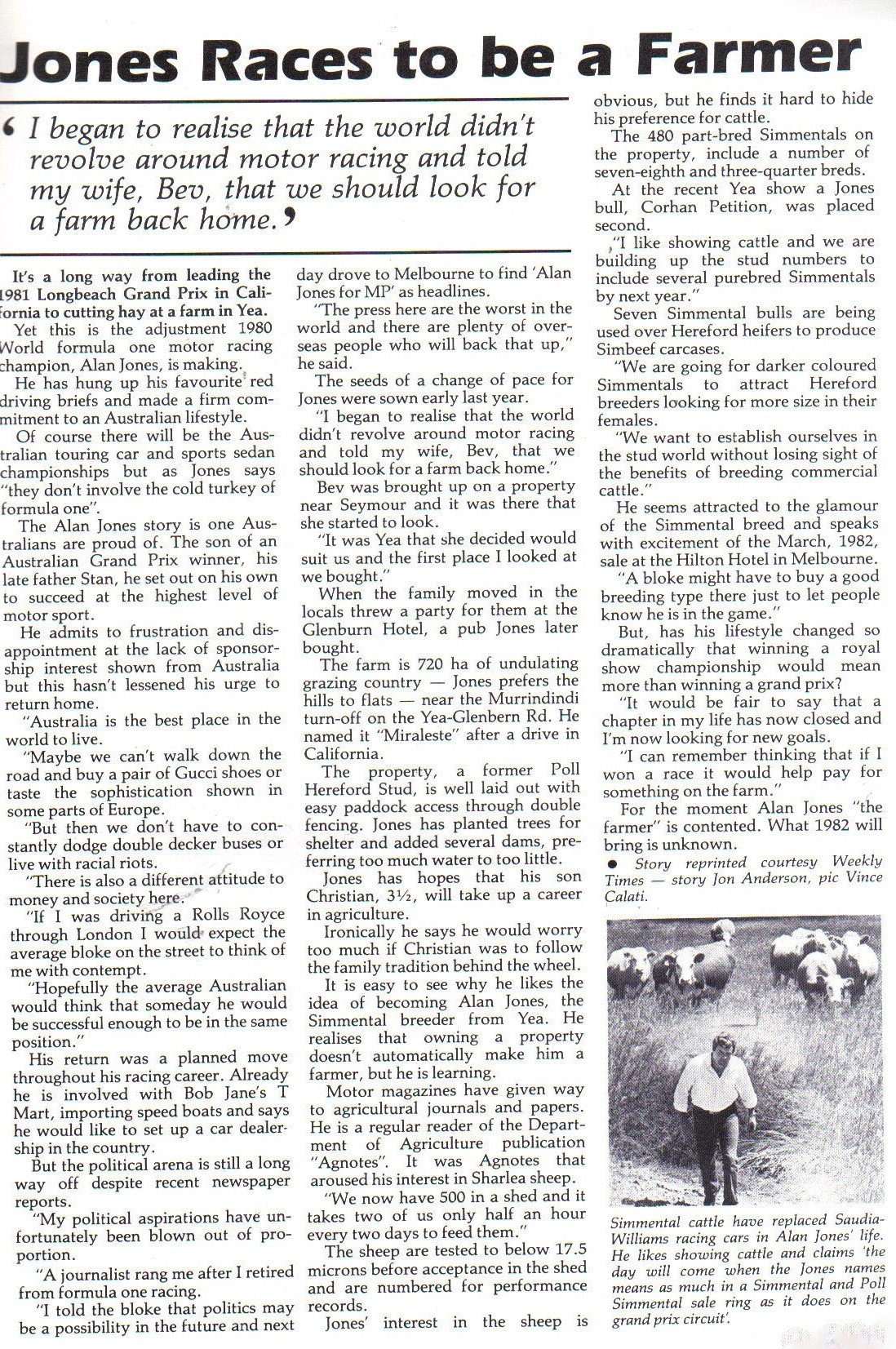 Alan Jones in his paddock at Miraleste Stud, Glenburn Victoria:Australia.  Simmental in the background are part of the Lynhome and other notable Studs at that time.  Of interest was the use of Sim/Fleck bulls over Hereford females which created one of the best cross’s, along with Sim/Fleck Angus of our time. (Weekly Times 1982)