Ten-Rose Here’s To You. One of our favourites. Dark cherry red with power and style.  Sired by the World Record Weight producer of over 2 Kg weight per day Kilbride Farm Nevada.  (click photo for details)  Here’s To You is one of the best daughters of Nevada that we have seen.  Peter McWilliam New Zealand (ex Dunmore Stud Manager NSW) selected the bull from Ireland because of his ability to perform on grass.  Record weights noted from the bull. Nevada is sired by Kilbride Farm Lester.

The dam of Here’s To You is Juraley Bluey. An embryo calf bred by Neville, Michelle, Justin and Stacey Staley.  Bluey is sired by Dunmore Hawkeye II out of Woonallee U29, a Schooly daughter going back to Buckingham Olga.  Olga is the best Sterling Parliamentarian daughter.

The most powerful heifer at Stud.  Currently in calf to Ten-Rose Poll Just In Time.  Photo on dusk. Covered in sticky Paspalum grass around the face !

Ten-Rose Here’s To You –  in calf to our current Stud bull,  Ten-Rose Poll Just In Time. 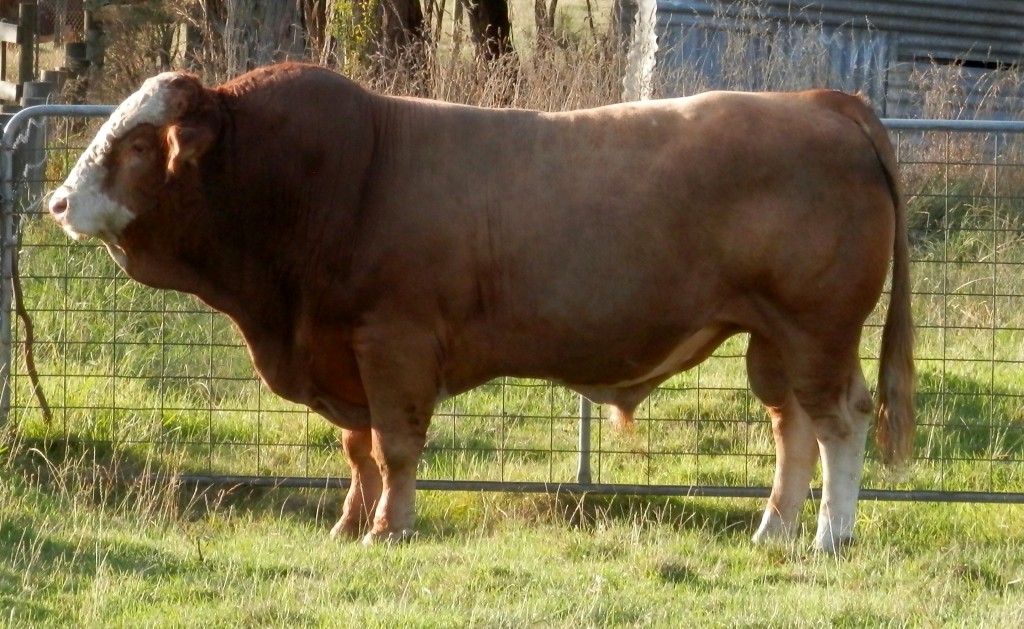 Ten-Rose Poll Just In Time.   Photo at 18 mths.       One of our top bulls – performs on grass.  Moderate frame.  Exceptionally quiet.