Mick Moreland was tragically hit by a P Plate driver on Saturday 24th May, 2017 whilst crossing the Princes Highway at Berwick at 21:30 hrs. We met Mick at the Casey Cardinia Business Awards a few years ago. Mick was a gentleman in the real sense of the word.   Phenomenal community spirit. Well respected in the community as a Mayor and Councillor.  Elected in 1993 to Casey Shire, Mick served three terms as Mayor and several terms on Council.  Always his words of wisdom included business in the Shire and the progression of the times.  The Order of Australia is recognised by Queen Elizabeth and awarded for achievement of meritorious service.

A generous man with a passion for family, community and council.  Mick especially loved to talk about Politics, Richmond Football Club, Rotary and youth sports.  Securing over 2 million dollars for youth for funding Athletics.  Mick coached footballer, Brendan Fevola and described him as “a unique character”

We will miss the chats with Mick.  The business community and Council, have lost one of the most sincere, hard working and loved members.  Sincere condolences to his wife Kay and their children Ben, Luke, Rebecca and Brett.

A kind, compassionate man who could walk with Kings and talk to the man on the street. Celebration of the life and times of Mick will be held 5th July, 2017 at Berwick Church of Christ, Berwick. 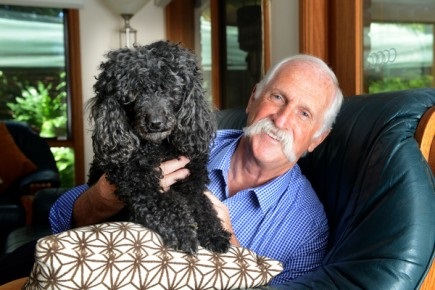